Prior to meeting my education abroad group at the departing gate for Singapore (well to New York, Germany, Singapore, then finally to Malaysia), I went to have a sit down at a golf themed restaurant across from the gate. If you have been following the blog thus far, this is me trying to practice what I preach- International Preparation rule #5 part C, Vacation, Education, & Application: Take a deep breath and prepare mentally. I have been extremely busy finishing up a Summer A -Intermediate SAS course (intense 6 week course that ended a day after my flight); helping the new student leaders transition into my old leadership spots; taking up new leadership positions; a new time consuming job that I love (!); and a whole lot of other things that left me to pack 12 hours before my international flight!!!

Well, I figured since I was leaving the U.S. for a more conservative country, I should sit and enjoy a good ol’ American meal…… Steak flatbread with a southern sweet tea! Not your traditional meat and potatoes kind of meal but I wanted something light (is American food ever light?! Lol) so I would BE ABLE TO EAT ALL THE FLIGHT FOOD!!! (YUM!).  Before stepping into the eatery I read the outside menu, observed the waitresses behavior, and watched the guests enjoy your food. I wanted to make sure I didn’t walk into a very busy place with unhappy staff. After seeing the positive (or so I thought) environment, I thought why not go in and have a pleasant meal?!

Little did I know I was about to experience something I would had expected in Mobile, Alabama. I came in with a smile and waiting next to the “wait here to be seated” sign… and waited for a good minute as waitresses kept walking past me, looking my way but clearly ignoring me. In normal circumstances I would have either walked in and sat down anyway or just went somewhere else to eat. But I had my heart set on that steak flatbread, especially since it was close to the gate because I wanted to sit and relax. I did not want o eat the Burger King nearby nor did I want to waste time finding another spot far away just to have to run back to the gate to board. What would be the point in taking a time-out to self reflect if I became flustered rushing to the plane? (No unnecessary TSA pat downs for me!). Eventually the bartender told one of the main waitresses that he will “get me” after noticing that they did not intend to help me. He told me to have a seat anywhere that I wished, took my order, brought out my drink, and then went back to bartending until my food was ready. 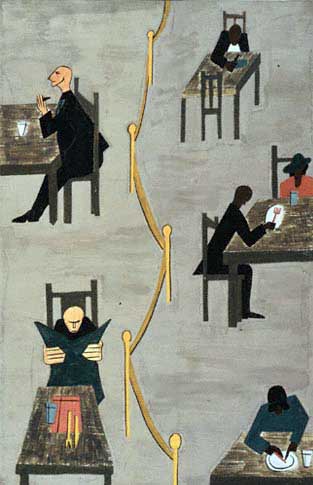 This is how I felt while sitting inside the restaurant...

At that moment instead of dwelling on what I thought just happened, I cleared my mind and focused on my trip. Eventually I lost focus because I could not ignore the waitresses’ behavior. Before I came in, they were smiling and assisting all guests that were within their walking paths. If your drink was empty as she passed your table, she would grab you another. But what I noticed, they would help the tables RIGHT NEXT TO ME and still ignore me choking on my steak with an empty sweet tea. When the bartender was too busy to walk over and help me the male employee that brought me my food (which he only did for me) came over to give me a refill. I stood up for something and the older waitress actually RAN INTO ME then kept on walking as if she didn’t realize her shoulder was throbbing from the side tackle she just gave me. I looked around to see if I was the only one that noticed I was bulldozed over and realized I was the only black person in the whole restaurant.  Coincidence I was treated this way by the smiling waitresses near my table? Probably not. But I just let her be. In the end discrimination happens everywhere and it wasn’t serious enough for me to call the manager to give them a few words about hospitality.

After all of that craziness, Dr. Doone (one of our professors from the education department) gave us a selection of peer reviewed articles to read about Malaysia. I read one about the purpose of myths and places in religious practices. It was a quite interesting read I must say before I came across this quote:

“Every culture will create and value its own myths… because their function is to maintain and preserve a culture against disruption and destruction.”

A light bulb went off! That is a valid point about certain types of racism, discrimination, extremist, cults, and other things that go bump in the night. I have no idea to what type of background those waitresses had and who knows; maybe I was a disturbance within their working environment. I could have read more into the situation that what really happen (I doubt it, it is quite common so I know how to recognize it) but either way I saw the bigger picture. I am about to travel to a country with a large Muslim population. The women wear Hijabs and will be fully covered, most restaurants will serve halal food and no pork, and there will be my group: a bunch of Americans (Namericans to be exact) that will not be properly covered; wearing short shorts; tank tops; being loud and obnoxious; and their own view on Islamic culture.

Needless to say I am glad I went to said restaurant to take a deep breath to mentally prepare for this trip. I am conscious of my own biases and know how to address them, but I do not know much of anything about the group of people I am traveling with. Let alone, I still had an ear full of ignorant questions and statements from people back in the U.S. (Ignorant as in asking or telling me myths about Islamic people, culture, and Asia in general, remember the quote above^^^). I have Islamic friends who wear the Hijab, long sleeves, and long pants/jeans on the hottest summer days in Florida, so I sort of had an informal crash cultural relativity course on Muslim customs and behaviors for women in the Middle East.

Fast Forward to a week after arriving into Malaysia.

We have been all over the place in Malaysia and having a blast at that! Even though it is a conservative country, we are learning that it is not as oppressive as many people think. For starters, speaking to one of the Malay women that own one of the food places next to the dorms (which is delish!) said that it is not mandatory to wear the hijab. Many Muslim women ask her why she doesn’t wear it and she tells them, “we are not required to wear it because it is all about the condition of your heart.” She also mentioned that it is also based on your family wishes. Unlike most of the children we see about the country, her parents did not force her to wear the hijab so she does not feel obligated to do so. We see girls as young as 3 yrs wearing hijabs and school uniforms for Malay girls require them to wera the school’s branded hijab.

But when we think about country’s policies and the demands they put on their people, we tend to look at their women. A great example is the reactions of a couple of the Malaysians and Malays (Malaysians are non-Muslim people born in Malaysia) when we were on a field trip up on Penang Hill. There was a large group of people from Saudi Arabia and their women were wearing their traditional full black garb from head to toe; only the eyes were visible. 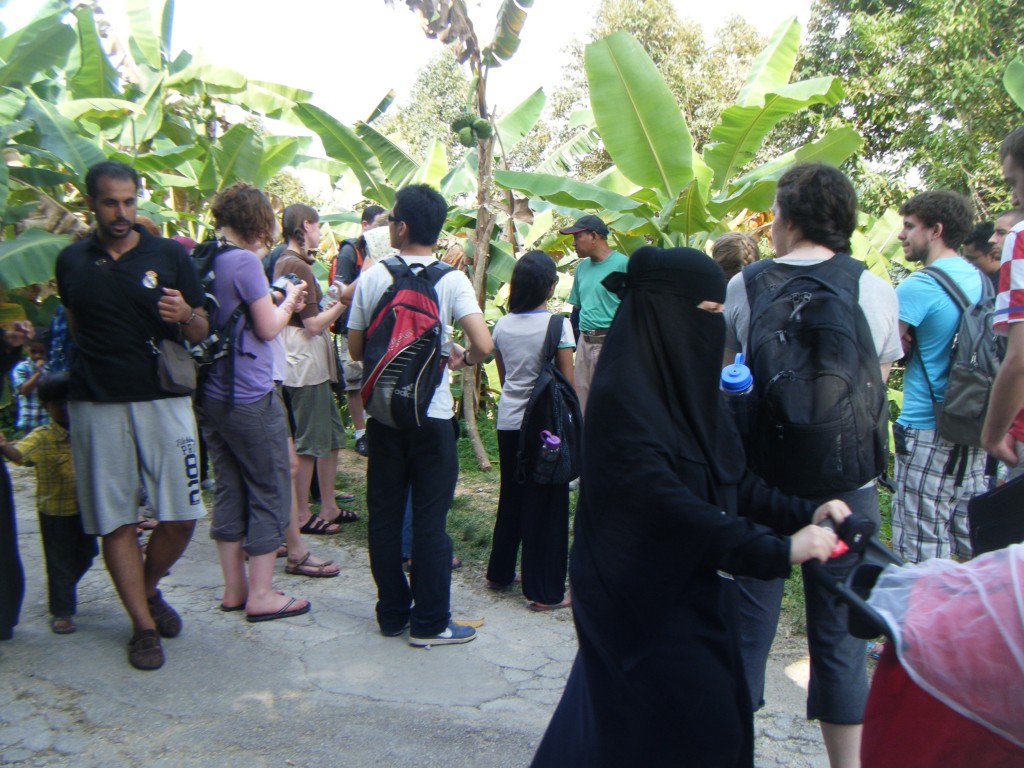 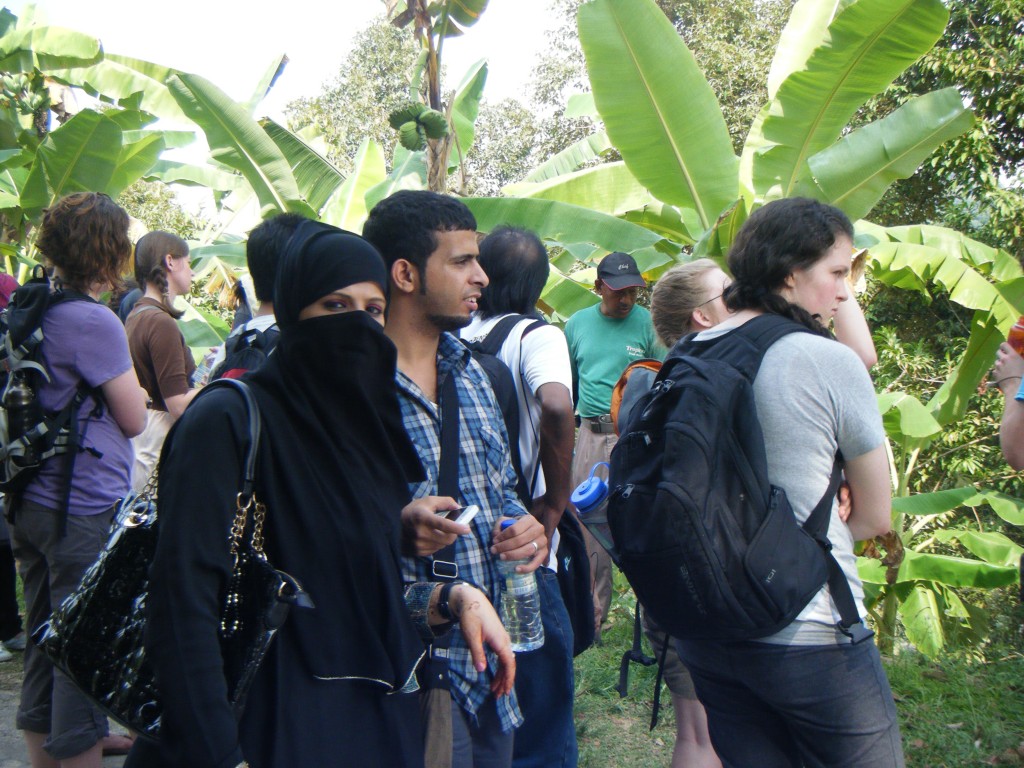 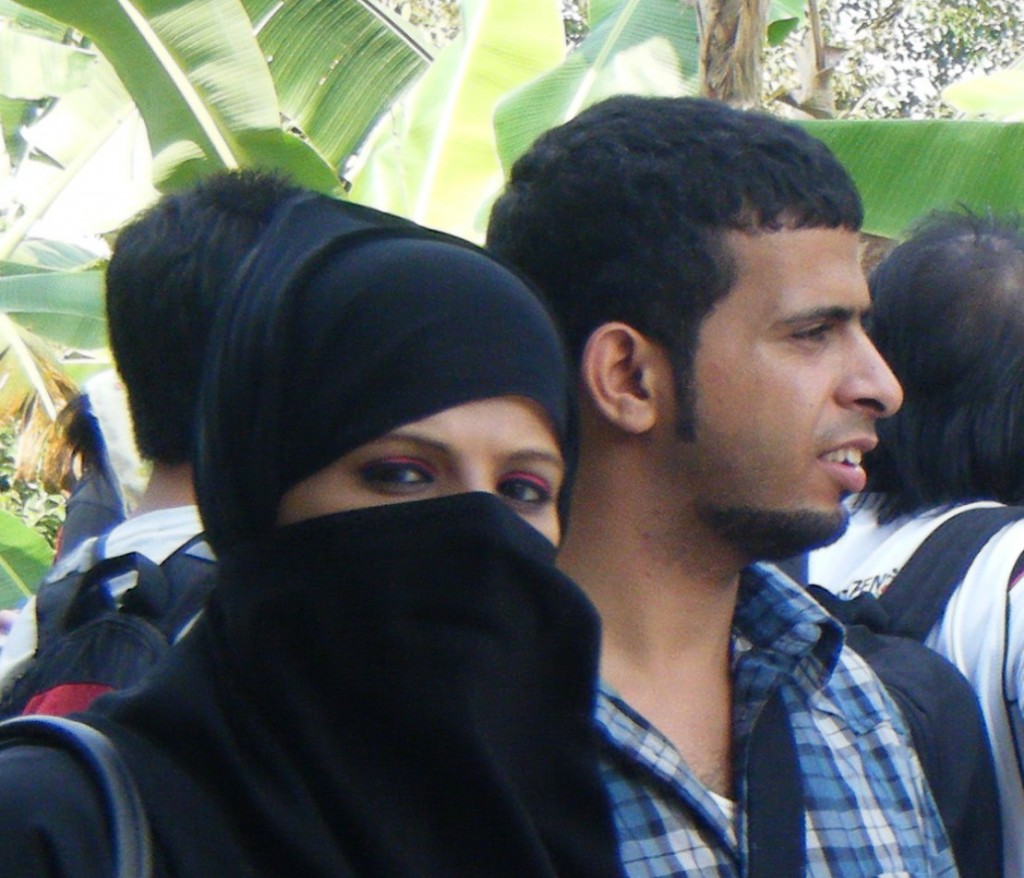 When we saw these women I thought of western countries that are banning the burqa (http://en.wikipedia.org/wiki/Burqa) and Niqāb (http://en.wikipedia.org/wiki/Niqab). (Depending on the country there are other names for these garbs). My concern is that banning these garbs for women will not do anything for THE RIGHTS OF THESE WOMEN. The coverings are superficial to the root of the problem for middle-eastern women who are forced to cover their full bodies. I am not an expert to this topic, just making an observation. So here are a few websites by Malay and Saudi women that address these issues and other women rights they desire for their people.

In the end, before we make assumptions about people and their cultures, we should first try to understand their perspective and recognize why there are myths in the first place. Women’s rights is a very important topic and is vital for Global Health but until we can move forward by not judging people (without a proper cause anyway- people will always judge) and actually give understanding instead of forcing opposition ideals, then we will only cause more turmoil. Let’s hear people’s problems from their own mouths that way we can begin to work together to be on world together! 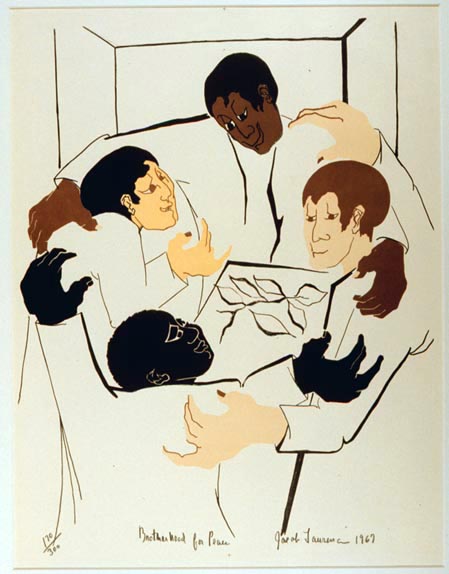